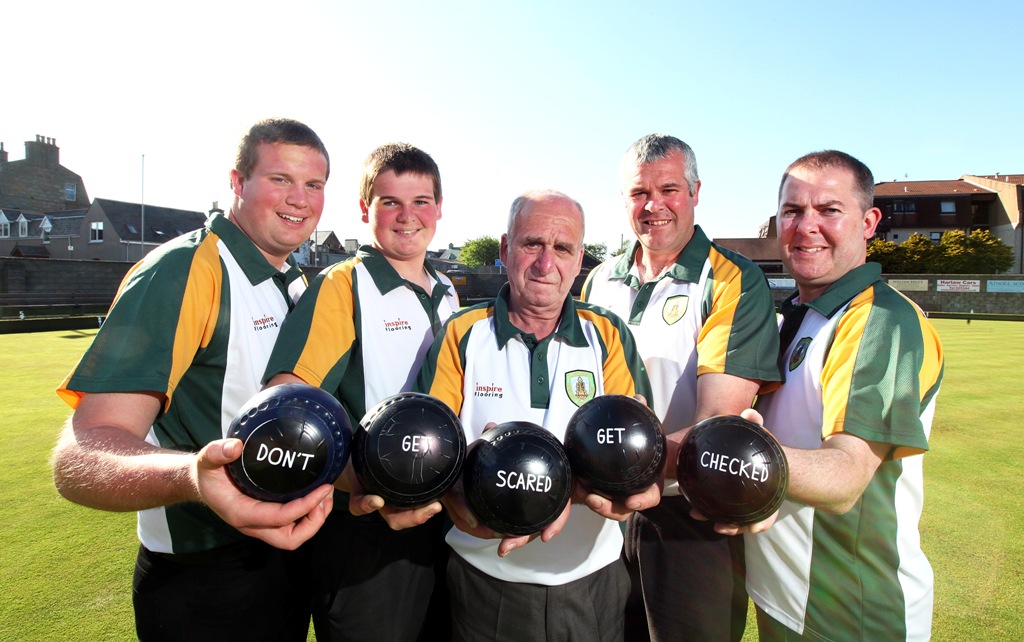 Public Relations agency, Consolidated PR are currently working with the Scottish Government on the Detect Cancer Early campaign, which you may have seen on tv as the adverts are running at the moment.  The campaign aims to encourage Scots to be more aware of changes to their body or health and to go to their GP at the first sign of any changes.  Scotland has a rather high rate of cancer diagnoses, with lung, breast and bowel being the three main cancers that affect Scots.  The campaign message is clear - by acting quickly on the first signs and symptoms of cancer, you can increase your chances of surviving the disease.  Consolidated PR invited Inverurie Bowling Club to help support the campaign by taking part in a photo shoot to advertise the capaign slogan, "Don't Get Scared Get Checked".  Below is the press release which followed the photo session, as well as a selection of pictures. 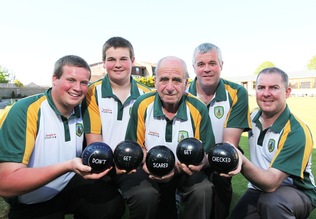 A team of bowlers from Inverurie are urging local people not to be bowled over by cancer by spotting the signs and symptoms at the earliest stages.  Taking to the green as the bowling season gets underway,  Inverurie Bowling Club played with branded bowls carrying the ‘Don’t Get Scared.  Get Checked’ message to encourage people in the town to speak to their doctor if they are concerned about changes to their health.  The support from the Inverurie Bowling Club forms part of the Scottish Government’s £30m drive to improve cancer survival rates in Scotland. Focusing on the three main types of cancer – breast, lung and bowel cancer – the campaign aims to save more than 300 lives by 2016 by detecting cancer in the early stages and inform people of the signs and symptoms to look out for. 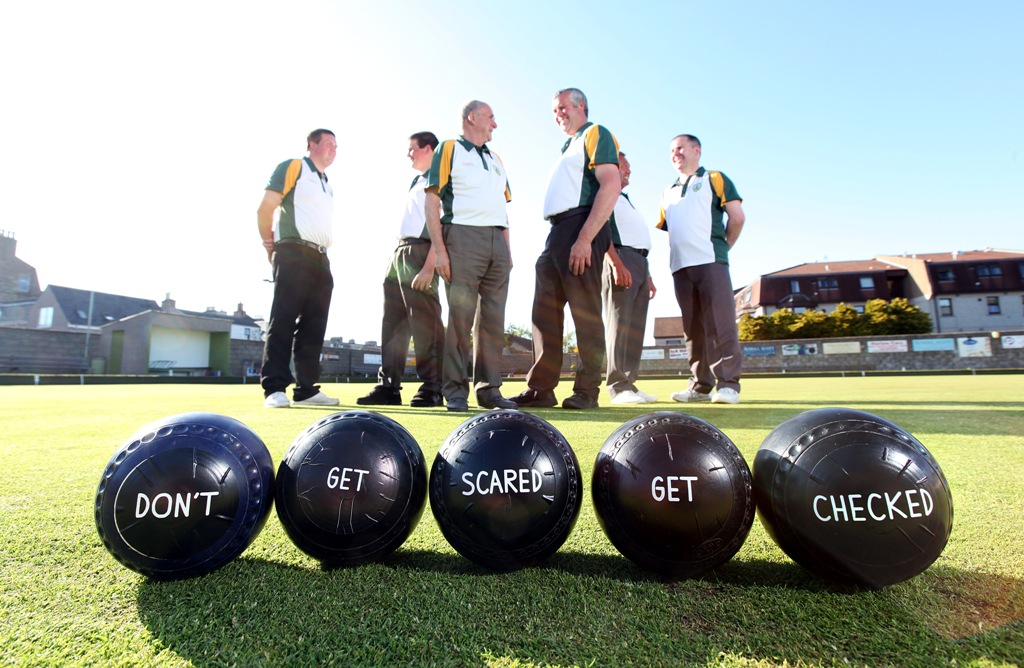 Audrey Birt, Chair of the Scottish Cancer Coalition, said: “Detecting cancer early is vital for improving the outcomes for the many thousands of men and women diagnosed with cancer each year. When a cancer is detected early, the more effective treatment can be. We hope this initiative will help overcome the fear of cancer and raise awareness levels of cancer signs and symptoms helping people know what to look for and so get that crucial early detection.”

To find out more information about cancer and the signs and symptoms, contact NHS Inform by phoning 0800 22 44 88 or log on to www.nhsinform.co.uk 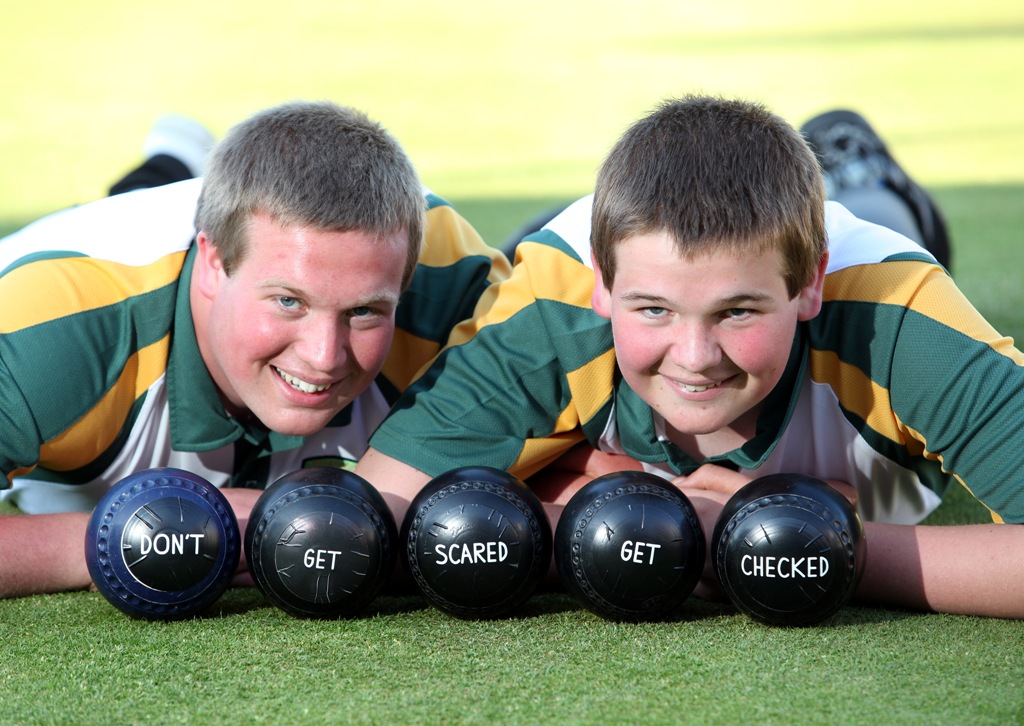